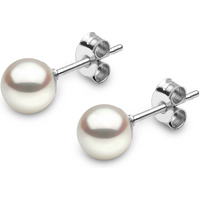 Product Description: In 1893, the first Akoya pearl was made. Over a century later, they are still the most popular type of pearl used in jewellery and it s no secret why. The product of the Akoya Oyster, these beautiful pearls are cultivated in the calm seas of Japan, the serene stillness of which are largely responsible for the brilliant lustre and rich colour that Akoya pearls have become known for. No jewellery collection is complete without a fine quality pearl necklace, so why not treat yourself or your loved one to these beautiful Akoya Pearl Stud Earrings which you know will stand the test of time. Each pearl measures between a generous 6 and 6. 5 mm. ...
More information about this product. 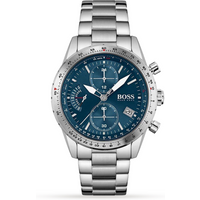 22nd April, 2008 - Corum Watches Now Available at Goldsmiths
Up until now CORUM watches have been available only from a few selected shops around the world. From this week, CORUM are partnering with Goldsmiths UK as the first of their online distributors.
7th February, 2008 - Goldsmiths Jewellery Store - Valentines Offers
Goldsmiths jewellery store currently some great ideas for Valentine's gifts, a special present for someone or even a treat for themselves, including several special offers such as £50 off Exclusive DKNY Ladies Watches.

The stores listed below may be related, or may offer some similar products or services to Goldsmiths Jewellery. You may also choose to display all the stores in this category, regardless of country.
Ace Catalogue
Avon Cosmetics, UK
eBay UK
Freemans Catalogue
Isme Catalogue


© Shop-British 2021 (AZ). No material on this website may be reproduced without prior permission.